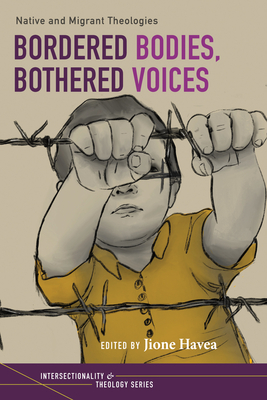 
Not On Our Shelves—Ships in 1-5 Days
Theologies are constructed in and from lived contexts, and contexts are shaped by borders. While borders are barriers, they are also steppingstones for crossing over and invitations for moving further. This book offers theological and cultural reflections from the intersections of borders (real and imagined), bodies (physical, cultural, religious, ideological, political), and voices (that endorse as well as talk back). With and in the interests of natives and migrants, the authors of this book embrace bordered bodies and stir bothered voices. The essays are divided into four overlapping clusters that express the shared drives between the authors--Noble borders: some borders are not experienced as constricting because they are seen as noble; Negotiating bodies: bodies constantly negotiate and relocate borders; Troubling voices: bothered voices cannot be muted or silenced; Riotous bodies: embracing the wisdom in and of rejected and wounded bodies is a riot that this book invites. The authors engage their subjects out of their experiences as migrants and natives. This book is thus a step toward--and an invitation for more work on--migrant and native theologies.