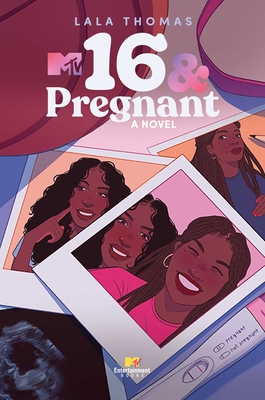 
Coming Soon—Pre-Order Now
The bond between two best friends is put to the test when one of them gets pregnant in this contemporary teen novel inspired by MTV’s iconic reality show.

Erykah was looking forward to junior year at East Prep High. She has a cute boyfriend, gets good grades, and has the best bestie. Money is tight, though that’s nothing new in her world. But everything changes when she gets pregnant. Having a baby at sixteen was definitely not part of the plan.

Kelly’s plan was to dominate junior year—grade-wise and on the basketball court—and eventually get an athletic scholarship. It did not include helping her best friend through a pregnancy. But that’s what best friends do, right? Besides, Kelly has every intention of being a good auntie.

As the two girls navigate the pregnancy, they’ll learn some harsh realities about the world and be forced to make some huge decisions. They’ll also discover a deep reserve of strength and compassion…for each other and themselves.

16 & Pregnant: A Novel honestly and openly explores pregnancy through the eyes of two young Black teens in modern-day Nevada. Debut author LaLa Thomas combines personal insights, heartfelt dialogue, and authentic emotions in this powerful portrait of American teen life.
LaLa Thomas is a professor, scholar, combat Army veteran, English teacher, and an author of multiple genres. After her first years of teaching and mentoring in one of the most struggling school districts in the nation, she decided to use those experiences and create stories through characters who represent young Black voices. LaLa calls two places home: the fabulous Las Vegas, Nevada, and Harlem, New York. She is a proud Afro-Caribbean American, who is thankful for all the gifts her ancestors have given her. LaLa and her divine daughter, Aazariah Dior (a.k.a. “Z”), currently live in downtown San Francisco.