God is in You (Paperback) 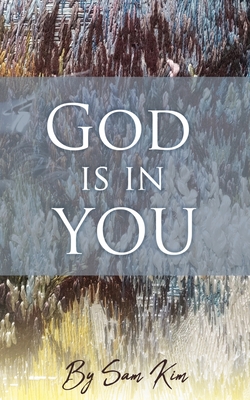 God is in You (Paperback)


Not On Our Shelves—Ships in 1-5 Days
Christians can inherit the sin that Adam committed and live in the bondage of sin with a sense of guilt. They said that Jesus paid for our sins on the cross. However, there are still many Christians who are obsessed with this problem ourselves and think we need to solve it ourselves. This book is for such Christians. The author recommends escaping from the seriousness of life. He says Jesus already solved it. And he says that all world events are virtual reality. He encourages us to look at the world objectively from the point of view of an observer from a subjective standpoint. That is why I encourage you to focus on the present and live with gratitude instead of being caught up in the past. He says that you should not focus on the outward aspects but find your true self within you. Then, you must find Christ in who we were as Adam. Our future is Christ. Through Christ, we can transcend our bodies and the world, and enter the kingdom of God on this earth. Author Sam Kim was born and raised in Korea, received religious education in a Christian family, and studied the Presbyterian College in Korea. And when he came to America, he was influenced by Neville Goddard and Eckhart Tolle, and their ideology approached with an oriental thought that was not unfamiliar to him, who was familiar with Eastern culture and life. So, as a Christian with an oriental background, he candidly and frankly looks at God and pours out his confession.