When You Think God Isn't Fair: Staying Connected with God after the Death of a Murdered Child (Paperback) 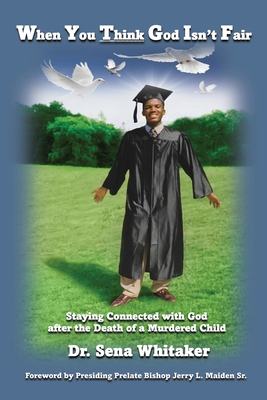 When You Think God Isn't Fair: Staying Connected with God after the Death of a Murdered Child (Paperback)


Not On Our Shelves—Ships in 1-5 Days
"Mom, what's the root word in funeral?" Sena Whitaker's son, Omar, asked. "I don't know; what is it?" "Fun," Omar replied. "And when I die, I want my funeral to be fun." It pricked Sena's heart when Omar said that, and she tried to shrug it off. "I'll be long gone before you die, so you won't have to worry about that," she replied. Omar didn't say anything. Little did Sena know in less than 30 days she would be planning Omar's funeral when he was tragically taken to heaven by four gunshots in his back. She didn't equate his death or funeral with fun by any stretch of the imagination. In this vivid and gripping book, Sena authentically casts you down into the depths of her sorrows. She speaks to the reader personally about her emotionally charged journey to harmonize reality and her perception of God's character after her son's murder. You will read pages from Sena's private journal, get to know Omar through a glimpse of his life, have a front-row seat in the trials of Omar's murderers, read of Sena's struggle with forgiveness, and learn how she went from being wounded but healed. This book is for you if you are grieving your child's death or going through grief with someone who has. It is also helpful for those seeking knowledge about how parents who have lost a child deal with it and those facing complex life challenges. As you read it, you will be comforted, strengthened, encouraged, inspired, and challenged by God's sovereignty, love, and justice-even WHEN YOU THINK GOD ISN'T FAIR.