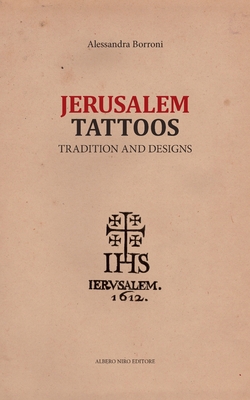 
Not On Our Shelves—Ships in 1-5 Days
(This book cannot be returned.)
Around the 13th century, among the Crusaders and Christian pilgrims who went to Jerusalem, the custom of marking their skin with tattoos began to spread, as a symbol of their Christianity and their stay in the Holy Land.If we dig through the origins of this custom we discover that it was already practised by Egyptian Christians of the early centuries. Copts, Crusaders, Franciscans, Armenians, Dragomans and pilgrims have ensured that the tradition of sacred tattooing in this city has been continuous, without interruption; so much so that even today in Jerusalem a family exists that for many centuries has continued to tattoo ancient drawings on the skin of pilgrims.