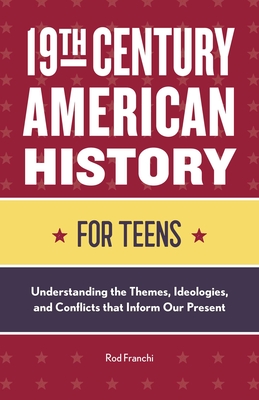 Help teens learn how the United States grew out of the seeds of rebellion. This 100-year journey into American history covers the period following the American Revolution all the way through the Civil War, the Gilded Age, and more. 19th Century American History for Teens offers a compelling look into the United States' formative years and shows how they made the country what it is today.

Inspire teens to love learning about America's past with 19th Century American History for Teens.

Rod Franchi has been a little too absorbed in history since his early years. He is currently an educator at Novi High School in Michigan, where he teaches AP US History (APUSH), AP Research, and Economics. You can find lessons Rod created to help kids think like historians at historychase.org.