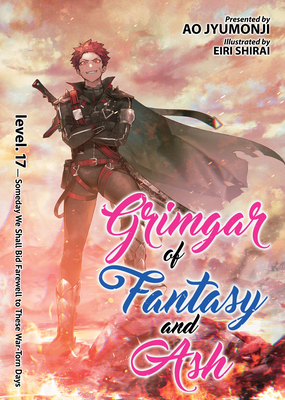 This is book number 18 in the Grimgar of Fantasy and Ash (Light Novel) series.

A LIFE OR DEATH BATTLE

With the Frontier Army newly independent and an alliance with the goblin king achieved, Haruhiro and his team are sent on a vital infiltration mission to disrupt the enemy from within and take Mount Grief. But despite working alongside members of Shinohara’s Orion, Team Renji, and the Tokkis, their goals prove to be further out of reach than they ever imagined. Forget the mission—can the team even survive?
Ao Jyumonji is a Japanese author best known for the Grimgar of Fantasy and Ash light novels.

Eiri Shirai is a Japanese manga artist best known for the illustrations in Grimgar of Fantasy and Ash.