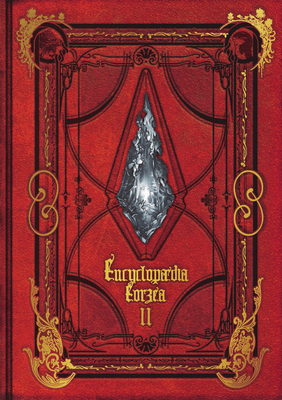 This is book number 2 in the Encyclopaedia Eorzea series.

The second volume of the official Final Fantasy XIV lore books, written and compiled by the Final Fantasy XIV development team! Packed with art and information, this full-color, hardcover volume presents a panoramic overview of the world of Eorzea and its inhabitants. (NOTE: E-book edition does not include bonus item code.)

The world of Final Fantasy XIV has grown to encompass not only the untraversed corners of Eorzea, but the far-reaching lands of an entire new continent to the east. With new horizons come new discoveries, and so it is with great pleasure that we bring you the second volume of Square Enix’s best-selling Encyclopaedia Eorzea, containing hundreds of pages of newly compiled information on the realms we proudly call our second home.

Dedicated to those for whom the pursuit of knowledge is a never-ending journey.