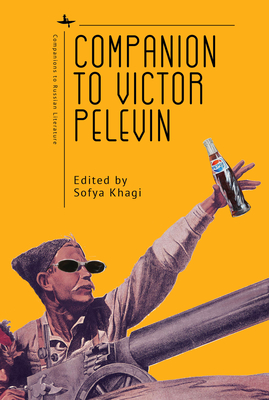 Companion to Victor Pelevin, a collaborative undertaking by a group of emerging Russianist scholars, focuses on the work of one of the most important and hotly debated post-Soviet writers. It provides a valuable resource to scholars, teachers, and students, including how best to teach Pelevin to university-level students, and which critical debates invite further investigation. The contributors offer new readings of Pelevin texts that cover a broad time span and pay due attention to the philosophical and aesthetic complexities of Pelevin's oeuvre in its development from the early post-Soviet years to the second decade of the present millennium. Examining all of Pelevin's major works and all Peleviniana currently available in English, the Companion aims to prompt further inquiry into this author's intellectually stimulating and socially prescient work.

Sofya Khagi is Professor and Director of Graduate Studies at the Department of Slavic Languages and Literatures, University of Michigan, Ann Arbor. She focuses on contemporary Russian literature, modern Russian poetry, the intersections of literature and philosophy, and Baltic cultures. She is the author of Silence and the Rest: Verbal Skepticism in Russian Poetry (Northwestern UP, 2013) and Pelevin and Unfreedom: Poetics, Politics, Metaphysics (Northwestern UP, 2021).