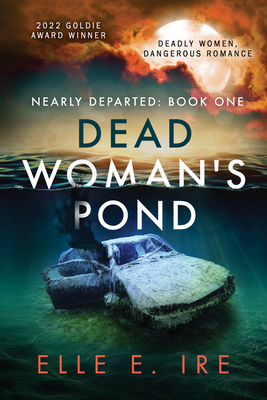 This is book number 1 in the Nearly Departed series.

No matter how Flynn Dalton tries to avoid it, the supernatural finds her.At first it’s not so bad. Flynn’s girlfriend, Genesis, is a nationally known psychic, which makes Flynn uncomfortable for both paranormal and financial reasons, but she can handle it. As long as no one makes her talk about it.Then, on her way home from her construction job, Flynn almost ends up the latest casualty of Festivity’s infamous Dead Man’s Pond. And when her ex-lover’s ghost appears to warn her away, things get a whole lot weirder.Flynn might not like it, but the pond has fixated on her to be its next victim. If she wants to survive, she’ll have to swallow her pride, accept Gen’s help, and get much closer to the psychic realm—and her own latent psychic abilities—than she ever wanted.