The Other Half of the Grave (Night Huntress #9) (Paperback) 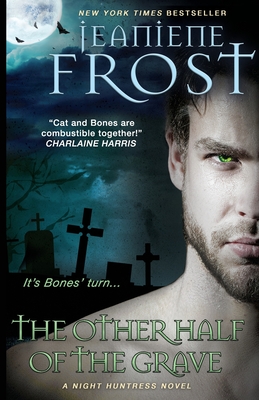 The Other Half of the Grave (Night Huntress #9) (Paperback)

This is book number 9 in the Night Huntress series.

From the New York Times bestselling author of the Night Huntress series comes a thrilling new look at the iconic origin story of Cat and Bones, as experienced by Bones...from the other half of the grave.

There are two sides to every story-and the sizzling British alpha vampire, Bones, has a lot to say...

Ever wondered what Bones was thinking and feeling when he and half-vampire Cat Crawfield first met? Or how their story might differ if he were the one telling it? Now, relive the beginning of Cat and Bones' bestselling love story through Bones' point of view, which reveals a darker, sexier take on their early days, as well as a deeper dive into Bones' past, the vampire world, and other things that Cat didn't see when their story was told only through her eyes in Halfway to the Grave.