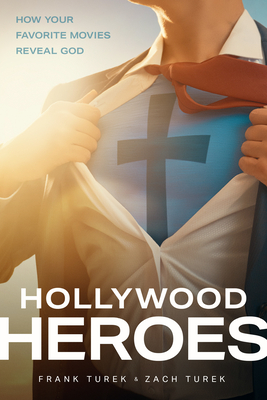 We are entranced by stories that take us to a world where heroes fight evil and sacrifice themselves for a greater good because we long for our world to be free from pain, suffering, and struggle. That's the real hope and promise of Jesus--when He returns to set things right.

In Hollywood Heroes, you'll see how:

Hollywood Heroes begins with the true story of a US Navy SEAL who faced evil and sacrificed himself to save his teammates. Authors Frank and Zach Turek then use Spider-Man's origin story to address the question: "Why would a good God allow evil?" You'll then read how seven movie franchises--Captain America, Iron Man, Harry Potter, Star Wars, The Lord of the Rings, Batman, and Wonder Woman--portray the battle against evil, providing a set of modern-day parables that reveal truths about God and His mission for us.