Past His Defenses (Mass Market) 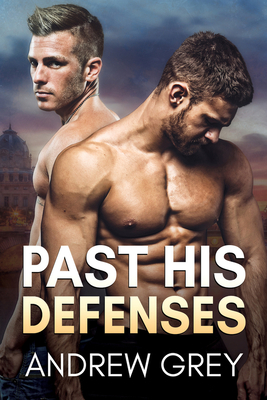 Past His Defenses (Mass Market)


Not On Our Shelves—Ships in 1-5 Days
When a case reopens old wounds from the kidnapping of his younger sister, police officer Robert Fenner is told in no uncertain terms that he needs a break. And maybe his superiors are right. He books a flight to visit an old friend, who happens to be the one who got away, and hopes for the best.

Electronic security consultant Dixie Halewood works from his home in Paris, where he lives with his adopted son, Henri. Dixie doesn’t expect a message from an old flame asking for a place to stay, but he agrees. Their past is just that—the past.

Things between them aren’t as settled as they thought—Henri, Paris, and proximity work their magic. The two men are drawn closer and old flames burst back to life, but Dixie’s work brings a new threat to their safety and the budding family they missed out on the first time around.

Andrew Grey is the author of more than one hundred works of Contemporary Gay Romantic fiction. After twenty-seven years in corporate America, he has now settled down in Central Pennsylvania with his husband of more than twenty-five years, Dominic, and his laptop. An interesting ménage. Andrew grew up in western Michigan with a father who loved to tell stories and a mother who loved to read them. Since then he has lived throughout the country and traveled throughout the world. He is a recipient of the RWA Centennial Award, has a master’s degree from the University of Wisconsin–Milwaukee, and now writes full-time. Andrew’s hobbies include collecting antiques, gardening, and leaving his dirty dishes anywhere but in the sink (particularly when writing). He considers himself blessed with an accepting family, fantastic friends, and the world’s most supportive and loving partner. Andrew currently lives in beautiful, historic Carlisle, Pennsylvania.