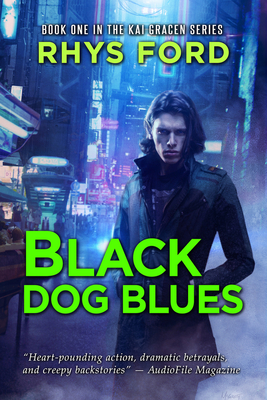 This is book number 1 in the The Kai Gracen Series series.

The Kai Gracen Series: Book One

Ever since being part of the pot in a high-stakes poker game, elfin outcast Kai Gracen figures he used up his good karma when Dempsey, a human Stalker, won the hand and took him in. Following the violent merge of Earth and Underhill, the human and elfin races are left with a messy, monster-ridden world, and Stalkers are the only cavalry willing to ride to someone’s rescue when something shadowy appears.

It’s a hard life but one Kai likes—filled with bounty, a few friends, and most importantly, no other elfin around to remind him of his past. And killing monsters is easy. Especially since he’s one himself.

But when a sidhe lord named Ryder arrives in San Diego, Kai is conscripted to do a job for Ryder’s fledgling Dawn Court. It’s supposed to be a simple run up the coast during dragon-mating season to retrieve a pregnant human woman seeking sanctuary. Easy, quick, and best of all, profitable. But Kai ends up in the middle of a deadly bloodline feud he has no hope of escaping.

No one ever got rich being a Stalker. But then few of them got old, either, and it doesn’t look like Kai will be the exception.

Rhys Ford is an award-winning author with several long-running LGBT+ mystery, thriller, paranormal, and urban fantasy series and is a two-time LAMBDA finalist with her Murder and Mayhem novels. She is also a 2017 Gold and Silver Medal winner in the Florida Authors and Publishers President’s Book Awards for her novels Ink and Shadows and Hanging the Stars. She is published by Dreamspinner Press and DSP Publications.
She shares the house with Harley, a gray tuxedo with a flower on her face, Badger, a disgruntled alley cat who isn’t sure living inside is a step up the social ladder, as well as a ginger cairn terrorist named Gus. Rhys is also enslaved to the upkeep of a 1979 Pontiac Firebird and enjoys murdering make-believe people. Rhys can be found at the following locations:
Blog: www.rhysford.com
Facebook: www.facebook.com/rhys.ford.author
Twitter: @Rhys_Ford