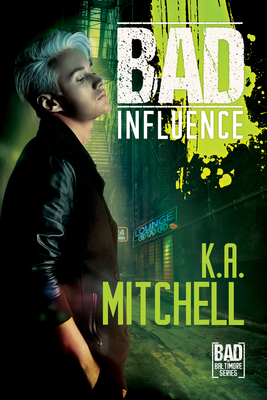 This is book number 4 in the Bad in Baltimore series.

Can a future be built from pieces of a broken past?

Jordan Barnett is dead, killed as much by the rejection of his first love at his moment of greatest need as by his ultraconservative parents’ effort to deprogram the gay away.

In his place is Silver, a streetwise survivor who’s spent the last three years becoming untouchable… except to those willing to pay for the privilege. He’s determined not to let betrayal find him again, and that means never forging bonds that can be broken.

No matter how hard he tried, Zebadiah Harris couldn’t outrun his guilt over abandoning his young lover—not even by leaving the country. Now, almost the moment he sets foot back in Baltimore, he discovers Silver on a street corner in a bad part of town. His effort to make amends lands them both in jail, where Silver plans a seductive form of vengeance. But using a heart as a stepping-stone is no way to move past the one man he can’t forgive, let alone forget….
K.A. Mitchell discovered the magic of writing at an early age when she learned that a carefully crayoned note of apology sent to the kitchen in a toy truck would earn her a reprieve from banishment to her room. Her career as a spin-control artist was cut short when her family moved to a two-story house and her trucks would not roll safely down the stairs. Around the same time, she decided that Ken and G.I. Joe  made a much cuter couple than Ken and Barbie and was perplexed when invitations to play Barbie dropped off. She never stopped making stuff up, though, and was thrilled to find out that people would pay her to do it. Although the men in her stories usually carry more emotional baggage than even LAX can lose in a year, she guarantees they always find their sexy way to a happy ending.