Sex As Symbol: The Ancient Light in Modern Psychology (Paperback) 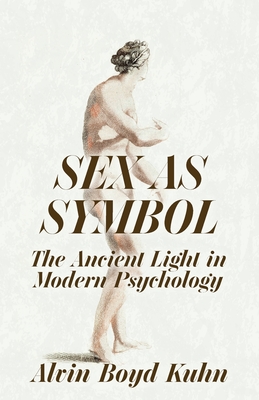 Sex As Symbol: The Ancient Light in Modern Psychology (Paperback)

Full facsimile of the original edition, not reproduced with Optical Recognition software. How does gender and the sex drive manifest itself across human cultures? How is the dual nature of humanity; male and female, spiritual and physical, animal and divine; expressed in the tangible world? Alvin Boyd Kuhn, a prominent proponent of the early 20th-century doctrine of theosophy, which sought to find the universal truths that underlie all human religions, here explores the hidden connections across cultures that unify rites and customs found around the globe: circumcision, the secondary status of women, myths about communion with deities, and more. This treatise seeks to uncover a fundamental basis for human ideas about sex, gender, and love.