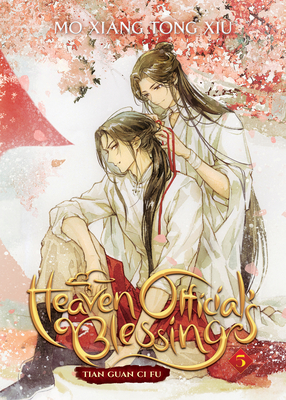 Ghosts are converging on the cursed Mount Tonglu for a massive battle royale, the sole survivor of which may become a Ghost King, a being of unimaginable power. Xie Lian is sent to secretly infiltrate and try to prevent this--by destroying any ghosts strong enough to stand a chance.

His heavenly powers are weakened near the cursed mountain, but he has one trump card on his side--Hua Cheng, who has survived Mount Tonglu before. As they struggle against murderous ghosts and the mountain's strange defenses, Hua Cheng's knowledge of the area may prove invaluable. But can they even begin to unravel the cursed peak's secrets?
Mo Xiang Tong Xiu (MXTX) is a globally renowned and New York Times’ bestselling author whose works are often cited as the most well-known of the modern danmei genre. Originally self-published in Chinese via the novel serialization website, JJWXC, her current titles include The Scum Villain’s Self-Saving System, Grandmaster of Demonic Cultivation, and Heaven Official’s Blessing, all available in English from Seven Seas. Her series have enormously popular multimedia adaptations and have been published in numerous languages around the world.