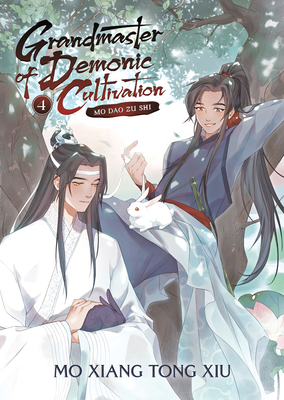 This is book number 4 in the Grandmaster of Demonic Cultivation: Mo Dao Zu Shi (Novel) series.

History stands poised to repeat itself as Wei Wuxian and Lan Wangji are besieged by walking corpses atop the Burial Mounds. It is here fate offers them a second chance to protect their loved ones and unmask the true instigator of this grisly onslaught. As shocking revelations shake the cultivation world to its very core, the unlikely couple becomes preoccupied with other matters--like an evening of drunken impulse that may push their budding relationship into bold new territory.

The novel series that inspired the live-action drama, The Untamed!
Mo Xiang Tong Xiu (MXTX) is a globally renowned and New York Times’ bestselling author whose works are often cited as the most well-known of the modern danmei genre. Originally self-published in Chinese via the novel serialization website, JJWXC, her current titles include The Scum Villain’s Self-Saving System, Grandmaster of Demonic Cultivation, and Heaven Official’s Blessing, all available in English from Seven Seas. Her series have enormously popular multimedia adaptations and have been published in numerous languages around the world.