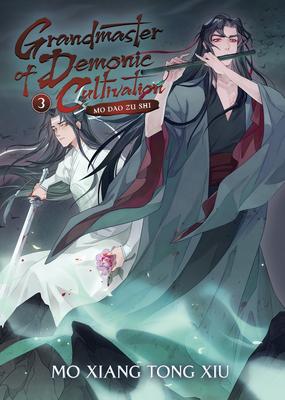 This is book number 3 in the Grandmaster of Demonic Cultivation: Mo Dao Zu Shi (Novel) series.

SHOOT DOWN THE SUN

The bloody war against the Wen Clan once led Wei Wuxian to seek power in demonic cultivation, and the dark acts he committed drove a wedge between him and Lan Wangji. Now, those old sins come back to haunt him as his reincarnated identity is revealed to the cultivation world. But even as the other clans call for Wei Wuxian’s death, Lan Wangji stands by him, making Wei Wuxian realize what he took for disapproval in the past might have been a much deeper emotion.

The novel series that inspired the live-action drama, The Untamed!
Mo Xiang Tong Xiu (MXTX) is a globally renowned and New York Times’ bestselling author whose works are often cited as the most well-known of the modern danmei genre. Originally self-published in Chinese via the novel serialization website, JJWXC, her current titles include The Scum Villain’s Self-Saving System, Grandmaster of Demonic Cultivation, and Heaven Official’s Blessing, all available in English from Seven Seas. Her series have enormously popular multimedia adaptations and have been published in numerous languages around the world.