History of Thailand: A Captivating Guide to the Thai People and Their History (Paperback) 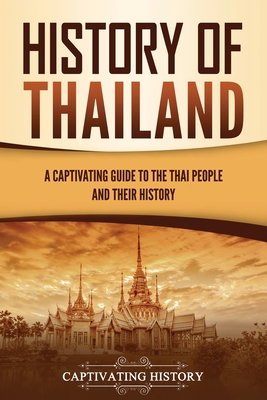 History of Thailand: A Captivating Guide to the Thai People and Their History (Paperback)

If you want to discover the captivating history of Thailand, then keep reading...

Did you know that Thailand is the only country in Southeast Asia that a European power has not colonized?

Thailand has seen its fair share of struggles. Today, the Thai government struggles to find its place in the world, oscillating between democracy and authoritarian regimes. Even though its name translates to "Land of the Free," it seems the country has some trouble living up to that name. This captivating guide to the Thai people and their history details the interesting events that led the country to where it is today. In this book, you will learn about the country's rich history, from when the first people settled the land hundreds of thousands of years ago to its modern-day role in the world. Although Thailand's prehistory and early rulers are discussed in the book, the book focuses more on Thailand's history after 1238, as this was the year the people broke free of the oppressive Khmer rule and adopted the name "Thai," which means "Free."

Thailand was greatly influenced by the Western nations, which was one reason why a European power never conquered it. However, despite embracing Western ideas and intertwining them with their own culture, Thailand has not followed in the West's footsteps when it comes to governing, as the country has had only brief periods of true democracy. Learn how a country whose history is marked mostly by absolute monarchies and military dictatorships prides itself on its freedom.

In this book, you will discover:

So if you want to learn more about the History of Thailand, scroll up and click the "add to cart" button