Aggretsuko: Out of Office (Paperback) 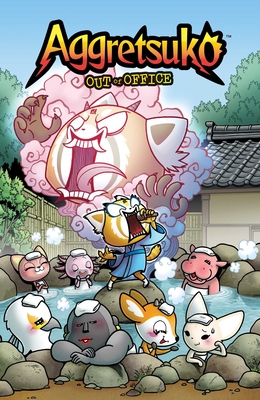 Aggretsuko: Out of Office (Paperback)


On Our Shelves Now at:
Sanrio and Oni Press join forces to bring Aggretsuko to comics for a corporate adventure!

It’s the Golden Week holiday, and Retsuko finds herself once again hurting for cash. While her coworkers chatter about their upcoming vacation plans, Retsuko sadly resigns herself to a week of cheap snacks and old movies. That is, until her old pal Puko enters the scene and hooks her up with a temporary job at her aunt and uncle’s hot springs resort!

What sounds like a win-win scenario at first quickly turns out...not to be.
Brenda Hickey is a comic creator from Prince Edward Island, Canada, who can’t remember a time when she wasn’t drawing. After dabbling in webcomics and self-publishing, she officially began her career in comics illustrating for the My Little Pony: Friendship is Magic series. From there, she collaborated with writer Bobby Curnow on an original graphic novel called Ward’s Valley, and returned to her roots in self-publishing to create Halls of the Turnip King. She may not be a karaoke buff, but she has been known to enjoy a good metal band from time to time.