The Mage and the Monster (Paperback) 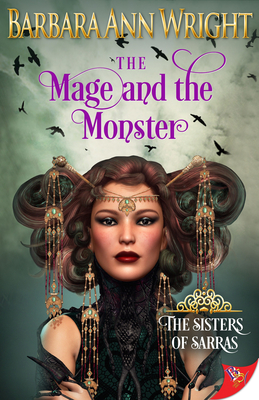 The Mage and the Monster (Paperback)


Not On Our Shelves—Ships in 1-5 Days
Gisele del Amanecer's days look the same from the outside: work, home, and the occasional one-night stand that she hides from her nosy older sisters. But Gisele is a mage, and that means pain invisible to outside eyes. Each act of magic can be agony, but she loves the power, the bond with the unseen, and how only her will keeps the magic from consuming her. She can master any task, including saving her family and homeland from Firellian invaders--until she's ordered to hunt another mage, one who may be her equal in power and commitment. One she might risk everything for. Vale has been subjugated her entire life--to the point where she thinks she deserves it, but she is determined to save others from that fate. Magic has been her one bright spot, but now she's forced to use that power to kill in the name of the Firellian Empire. Escape or rebellion is out of the question unless she can guarantee the safety of her fellow captives, but how can everyone make it out alive while surrounded by enemies? Perhaps with the help of another mage, someone who bonds with magic like Vale does, someone who might want her for herself instead of for her power. But war always demands a sacrifice. Book 3 in the Sisters of Sarras Trilogy