Worth a Fortune (Paperback) 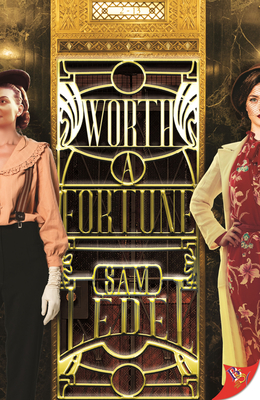 Worth a Fortune (Paperback)


Not On Our Shelves—Ships in 1-5 Days
In the aftermath of the Second World War, Harriet Browning has thrived as the heiress to a lumber fortune, living lavishly among New York's elite. Her father's death reveals unexpected financial woes, and Harriet is left to face a sudden, harsh reality. Ava Clark threw herself into the war effort when her brothers enlisted. Suddenly, the war is over, and she's without a cause and a job. An ad for a personal secretary from Harriet--the woman she loved more than a decade before--surprises Ava and proves impossible to resist. Harriet only wanted an assistant for a few months--someone to help sort out the mess her parents left. She never bargained for the woman who got away to show up at her front door.