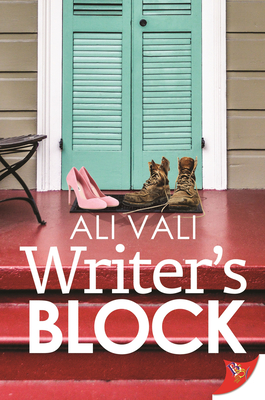 Author Wyatt Whitlock is one of the biggest names in action thrillers and writes for the largest publisher in the business. She's extremely private and writes prolifically--well, until recently. Writer's block may spell the end of her career if she can't figure a way around it. A drastic change in scenery and a really old house in New Orleans could get her creativity going again, but renovating the house she bought on a whim might just kill her.

Hayley Fox has put in her time as an assistant to an assistant in publishing, and it's finally paid off. She's been hired by a firm in New Orleans and she's planning to use that as a springboard to the big leagues in New York, if only her sexy new neighbor--whose bare windows face Hayley's--didn't make staying put an oh-so-tempting option.

Wyatt and Hayley might be made for each other if only they can get through nosy neighbors, the historical society, at-odds future plans, and all the secrets hidden in Wyatt's walls.