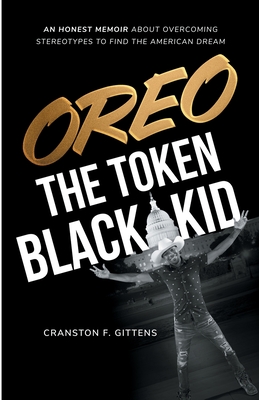 Cranston F. Gittens holds a Master's degree in special education from the University of South Florida. He is a Minority Voices English teacher in Washington DC, and he coaches wrestling. While reaching his own dream, he has managed to positively influence students, coach multiple state champion wrestlers, and earned the recognition of "Teacher of the Year" in 2018.

Cranston is the youngest of four, a first-generation Guyanese-American citizen, and a friend to anyone who knows him.

Does the "American Dream" exist for minorities, particularly for those who don't match stereotypes?

The United States has long had the reputation for being the land where dreams are realized. Immigrants have left their homes and country to carve out their place in America. But is that possible for American-born minorities given the hostility towards them?

Cranston F. Gittens shares his path to achieving his American Dream in his memoir, Oreo the Token Black Kid. To reach that height, he had to discover discovering his authentic self despite expectations based on his parents' culture, assumptions about Black people, navigating predominantly white educational and athletic spheres, health issues, and being true to his faith in God.

Gittens understands that Black men are not one-dimensional clones and encourages others to go for their dreams. You'll read:

Oreo the Token Black Kid is a story of heart, grit, and ambition. It speaks to the champion in us all. If you like inspirational stories of overcomers, this book belongs by your bedside.

"Cranston's experience as a teacher gives him unique insight into crafting a voice that will reach all young adult readers." - Laura Turowski, Librarian

"I looked forward to every page turn knowing I was going to meet someone new in his life." - Heather Allen

"The authenticity is palpable. Gittens articulates his life experiences so that every moment feels raw and impactful. This book is essential for readers from all walks of life." - Vincent Casciani, author of Iberian Claim

"Pleasantly surprised to read a fresh perspective on youth and racial bias. A great read for anyone who has felt out of place growing up in the USA." - Gennady Gallardo