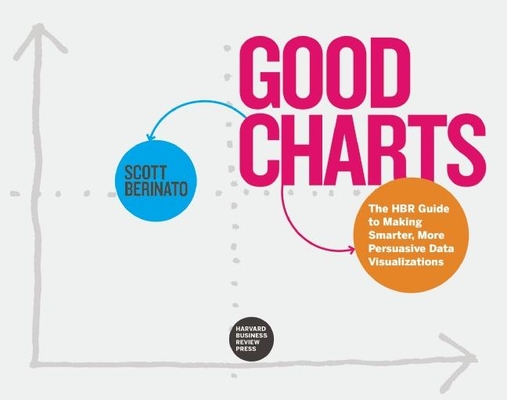 
Special Order—Subject to Availability
Dataviz--the new language of business A good visualization can communicate the nature and potential impact of information and ideas more powerfully than any other form of communication. For a long time "dataviz" was left to specialists--data scientists and professional designers. No longer. A new generation of tools and massive amounts of available data make it easy for anyone to create visualizations that communicate ideas far more effectively than generic spreadsheet charts ever could. What's more, building good charts is quickly becoming a need-to-have skill for managers. If you're not doing it, other managers are, and they're getting noticed for it and getting credit for contributing to your company's success. In Good Charts, dataviz maven Scott Berinato provides an essential guide to how visualization works and how to use this new language to impress and persuade. Dataviz today is where spreadsheets and word processors were in the early 1980s--on the cusp of changing how we work. Berinato lays out a system for thinking visually and building better charts through a process of talking, sketching, and prototyping. This book is much more than a set of static rules for making visualizations. It taps into both well-established and cutting-edge research in visual perception and neuroscience, as well as the emerging field of visualization science, to explore why good charts (and bad ones) create "feelings behind our eyes." Along the way, Berinato also includes many engaging vignettes of dataviz pros, illustrating the ideas in practice. Good Charts will help you turn plain, uninspiring charts that merely present information into smart, effective visualizations that powerfully convey ideas.

Scott Berinato is a self-described "dataviz geek" and a Senior Editor at Harvard Business Review. In addition to creating the successful "Vision Statement" department in the magazine, he has written and edited many articles for HBR and other top business and tech-related print and web publications.