The Clash: All the Albums All the Songs (Hardcover) 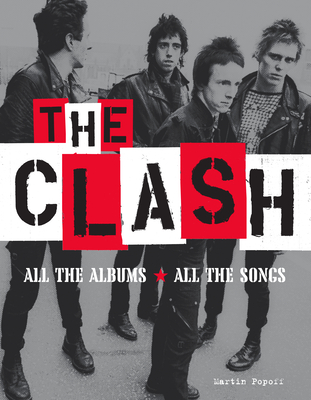 The Clash: All the Albums All the Songs (Hardcover)

THE STORIES BEHIND EVERY STUDIO TRACK FROM THE ONLY BAND THAT MATTERS.

Established in 1976 at the fore London's punk rock insurgence, The Clash would outlast their peers while creating some of the most influential albums in rock 'n' roll history. Author Martin Popoff dissects each of the Clash's ninety-one studio tracks, examining the circumstances that led to their creation, the recording processes, the historical contexts and more. In addition, introductory essays set the scene for the band's six studio releases (including the double LP London Calling and the triple Sandinista ) and feature sidebars detailing studios, release dates, personnel, and more. Illustrated with rare performance and offstage photography, along with images of 7-inch singles sleeves and gig posters, the resulting volume is a fitting tribute to the foursome whose staunch political stance and groundbreaking amalgam of punk, rockabilly, reggae, and hip-hop earned the title "The Only Band That Matters."