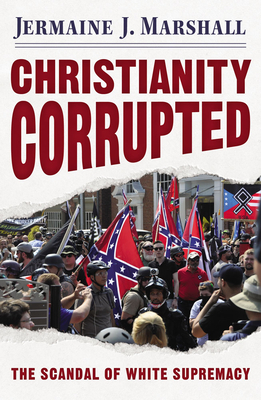 
Not On Our Shelves—Ships in 1-5 Days
Christianity Corrupted is a compelling examination of oppressive Christian theologies and the normalization of white privilege in the United States. Tracing the roots of white supremacy to the integration of the Reformed notion of election with Enlightenment theories of race and the cultivation of proslavery theologies, Jermaine Marshall demonstrates how enslaved Africans formulated their own brand of Christianity and cultivated a theology of spiritual resistance to the oppressive theologies of their white Christian enslavers and reflects on the impact of this history evident in the theological causes of the Civil War, the rise of Jim Crow, the advent of the Moral Majority, and the complicity of white evangelicals in the election of Donald Trump that served to foster the re-legitimization of white nationalism in the United States. Finally, on the basis of the spiritual and social resistance, including the Civil Rights struggle, the Black Power Movement, and Black Lives Matter, Marshall presents a theological solution for the scandals of anti-blackness and White Christian Supremacy.
Jermaine J. Marshall is a historical theologian who teaches courses in African American religious history, church history, and theological studies at the Interdenominational Theological Center, New York Theological Seminary, St. John's University, and Indiana Wesleyan University. He currently lives in New York City and is the Senior Pastor of Williams Institutional Christian Methodist Episcopal Church, Harlem.