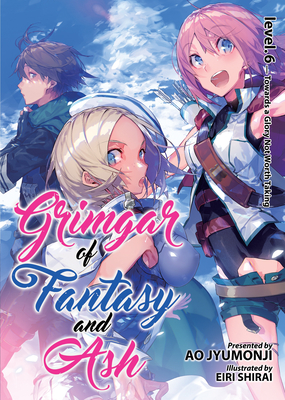 This is book number 6 in the Grimgar of Fantasy and Ash (Light Novel) series.

WHAT DO YOU MEAN, WE’RE TURNING BACK? The Dusk Realm has begun to attract attention as a new hunting ground. However, all is not well–there’s been a rise in cultist and white giant activity, and massive new monsters have emerged! Together with Soma, the head of the Day Breakers, Haruhiro and the Tokkis get caught up in large-scale military offensive against the inhabitants of the Dusk Realm. Can they make it back to the Day Realm–and if the way is cut off, where will they go?
Ao Jyumonji is a Japanese author best known for the Grimgar of Fantasy and Ash light novels. Eiri Shirai is a Japanese manga artist best known for the illustrations in Grimgar of Fantasy and Ash.