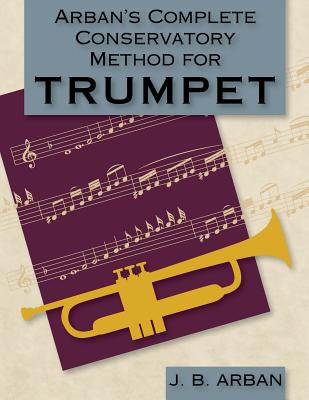 Hailed the Trumpet Bible for over 150 years, this complete pedagogical method contains hundreds of exercises for brass instruments, beginning with basics and progressing to advanced compositions, including the author's famous arrangement of "The Carnival in Venice."

Sharing the knowledge he acquired from many years of experience as a performer and teacher, Arban discusses every aspect of playing with emphasis on articulation, tonguing, slurs, tone, and range. He offers an appreciation of all the instrument's inherent difficulties as well as instructive points that touch upon all possible musical questions.

Whether you are a beginner or an old master, this unabridged republication of the 1912 edition is an asset to trumpet, French horn, and cornet players.

Joseph Jean-Baptiste Laurent Arban (1825-1889), the first famed virtuoso of the cornet, applied Niccol Paganni's virtuosic technique for the violin to the cornet to prove that the cornet is a true solo instrument. From 1841 to 1845, Arban studied trumpet under Francois Dauvern at the Paris Conservatoire. He was appointed professor of sax horn at the cole Militaire in 1857 and professor of cornet at the Paris Conservatoire in 1869. Arban devoted his life to music working as a conductor, composer, and professor. His legacy endures in the Arban Method, which continues to be widely studied by modern horn players, along with his masterful arrangement of "The Carnival of Venice," which remains a legendary soloist cornet piece.