The Venice Ghetto: A Memory Space that Travels (Paperback) 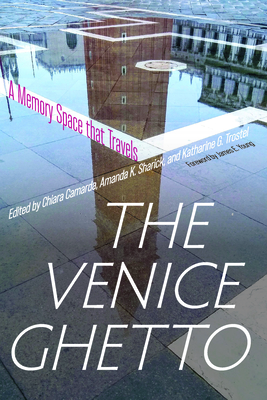 The Venice Ghetto: A Memory Space that Travels (Paperback)


In Stock—Click for Locations
The Venice Ghetto was founded in 1516 by the Venetian government as a segregated area of the city in which Jews were compelled to live. The world's first ghetto and the origin of the English word, the term simultaneously works to mark specific places and their histories, and as a global symbol that evokes themes of identity, exile, marginalization, and segregation. To capture these multiple meanings, the editors of this volume conceptualize the ghetto as a "memory space that travels" through both time and space.

This interdisciplinary collection engages with questions about the history, conditions, and lived experience of the Venice Ghetto, including its legacy as a compulsory, segregated, and enclosed space. Contributors also consider the ghetto's influence on the figure of the Renaissance moneylender, the material culture of the ghetto archive, the urban form of North Africa's mellah and hara, and the ghetto's impact on the writings of Primo Levi and Marjorie Agosí­n.

In addition to the volume editors, The Venice Ghetto features a foreword from James E. Young and contributions from Shaul Bassi, Murray Baumgarten, Margaux Fitoussi, Dario Miccoli, Andrea Yaakov Lattes, Federica Ruspio, Michael Shapiro, Clive Sinclair, and Emanuela Trevisan Semi.
CHIARA CAMARDA holds a PhD in Asian and African Studies from Ca' Foscari University of Venice. AMANDA K. SHARICK holds a PhD in English from the University of California, Riverside and is associate director for Harvard University's Graduate Commons Program. KATHARINE G. TROSTEL is assistant professor of English at Ursuline College.
"With cogent and compelling chapters organized to move the reader through a transhistorical and transnational context to highlight the ghetto's impact writ large, this volume will appeal to historians, literary critics, artists, and art historians of premodern and modern Europe and the Mediterranean, as well as Jewish studies scholars."—Dana E. Katz, author of The Jewish Ghetto and the Visual Imagination of Early Modern Venice

"A timely, conceptually rich collection based on new sources and translations that explore the ghetto as a palimpsest across time and space. An essential resource for students and scholars studying both the ghetto, in general, and the Venice Ghetto, in particular.”—Bryan Cheyette, author of The Ghetto: A Very Short Introduction