Insulin: History from an FDA Insider by Robert I. Misbin, MD 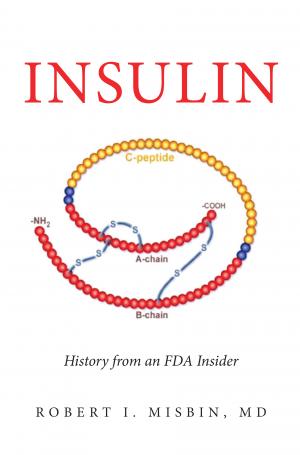 “Dr. Robert Misbin walks us on a fascinating journey through the 100 years of insulin, a hormone that changed the life of millions of people.  He has a long track record in the diabetes field with first-hand experience in research, patient care, academia, and industry. For over 15 years, he assessed the effectiveness and safety of drugs for diabetes at the FDA
Misbin witnessed most of the changes that occurred in the last 50 years, from the introduction of the first recombinant human insulins that replaced animal insulin, to the panoply of medications that decade after decade have added new tools to improve the lives of patients with diabetes. Many of these new drugs were developed during his tenure at the FDA. Misbin provided advice and guidance to move these novel products forward but was an adamant defender of patients when these medications were shown to be dangerous.
Chapter after chapter, Misbin walks the reader step by step through vivid accounts of how insulin and related drugs were developed. He explains how multiple obstacles were overcome, including those that he and others confronted as reviewers at the FDA. There are many amusing anecdotes as well.
This fascinating tale sheds light into events that are unknown to most people and exemplify the dedication that many have exerted to help patients with diabetes.
I both enjoyed and learned with this book that I think will be of interest to many as it was to me.”

Robert I. Misbin is a graduate of the Johns Hopkins University School of Medicine. He was at the FDA from 1995 through 2010 where he had primary responsibity for drugs to treat diabetes. His reviews of Lantus, Levemir, Avandia, Actos, Metformin, and others are still on the FDA website. His complaint to members of Congress in 2000 led to Pfizer’s withdrawal of Rezulin after dozens of cases of liver failure had been reported to the FDA.

This item is non-returnable.