A Border Town in Poland by Hirsch Bieler as told to Nora Jean and Michael H. Levin 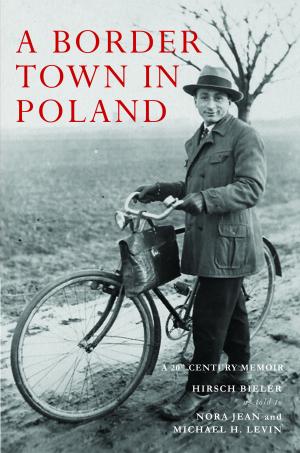 Thousands of Russian Jews fleeing Tsarist persecution in the late 19th/early 20th centuries reached East Prussia through the Russian-Polish town Grajewo - a major illicit land crossing for waves of political, religious and economic emigrés. The 1870s rail link connecting Great Russia to Germany though Grajewo had created this East-West commercial junction. Hirsch Bieler, born 1900 in Grajewo, was among them.  The Great War, begun at his doorstep, launched his journey to three Promised Lands. In 1919 teenage Hirsch left Poland forever for Leipzig in Weimar Germany. There he found a new home through ‘adult adoption’ by a childless Lutheran couple; community among other Zionist-leaning Eastern European Jews; a rich cultural life; and an entrepreneurial career in the rising petroleum trade.  In 1931 he married Anna Burstein, a talented young Romanian concert pianist. That life was upended by Hitler’s 1933 rise to power. In 1936 the couple fled with their small daughter - first, to Tel Aviv, then to America, overcoming onerous “Papers, please” barriers as world doors slammed shut for those seeking refuge.  Meanwhile Soviet occupation, Nazi invasions and the Holocaust trapped Hirsch’s friends and family still in Europe, scattering others across continents.  He saved their correspondence chronicling those desperate years. In 1978 Hirsch and Anna revisited Leipzig. He began sharing his formative experiences as teen smuggler, fur trader, and oil supplier to I. G. Farben with us: his daughter Nora Jean and son-in-law Michael. We transcribed his recollections. He revised and expanded them, still managing the Philadelphia industrial lubricants firm he founded, until his death in 1985.  His colorful recollections, plus extensive research, the inherited contents of his secret steel “strong box,” and materials shared by his Suwalski/Antman family, resulted in this book.

The Levins are authors of Two Pianos: Playing for Life, a concert documentary about Anna and her colleagues concertizing under and after the Third Reich in which Hirsch makes a cameo appearance. https://www.twopianosplayingforlife.org/