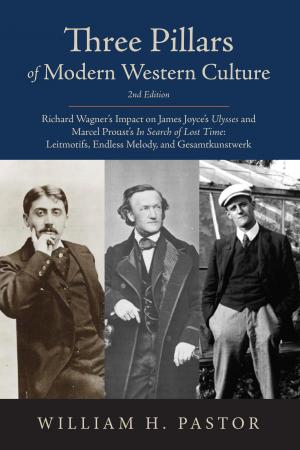 Richard Wagner’s music dramas created a seismic shift in Western culture and changed the artistic landscape of the late nineteenth and early twentieth centuries. Three of Wagner’s artistic innovations, leitmotifs, endless melody, and Gesamtkunstwerk, played a major role in the development of Modern literature. This book, Three Pillars of Modern Western Culture, focuses on Wagner’s influence on two literary masterpieces of the early twentieth century: James Joyce’s Ulysses and Marcel Proust’s In Search of Lost Time. In particular, this work illustrates how the techniques and principles of leitmotifs, endless melody, and Gesamtkunstwerk are incorporated throughout Ulysses and In Search of Lost Time. My hope is to stimulate interest among music-loving Wagnerians to read the novels Ulysses and In Search of Lost Time and to stimulate interest among literary-loving Joyce and Proust enthusiasts to listen to the music of Wagner. For those in both camps, I hope to enrich the appreciation of the historic and artistic connection between these three pillars of Western aesthetics and culture. For those not in any of these groups, this is an opportunity for a trifecta.

William H. Pastor has a master’s degree in philosophy from the University of Rochester with a concentration in Immanuel Kant’s epistemology and transcendental metaphysics. Shortly after receiving his Master’s in Public Health from the University of Minnesota, he moved to Washington, DC, where he spent his career in data mining and data analysis of medical patient health outcome data which resulted in multiple publications in peer reviewed medical journals. While in DC, he joined the Board of the DC Wagner Society. Through his involvement with the Wagner Society, he learned that Wagner had a significant influence on artists during the fin de siècle, including on James Joyce and Marcel Proust. He was, however, dissatisfied with the lack of data supporting this claim. This dissatisfaction led him on a journey to substantiate the assertions of Wagner’s influence on Joyce and Proust.
Bill is a triathlete at the Ironman level, enjoys chess, and appreciates a glass or two of high-quality wine with dinner.