Containing the National Security State by Melvin A. Goodman 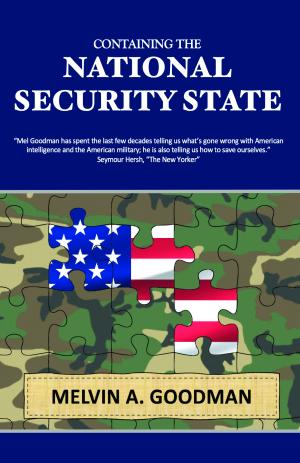 Containing the National Security State represents more than 100 editorials that assess the militarization of U.S. governance and U.S. foreign policy. These articles describe the bloated defense spending of the United States; the billions of dollars wasted on fool's errands abroad; the unnecessary modernization of U.S. nuclear weapons; and the intense operational tempo of the military that is leaving our domestic priorities without adequate resources. President Dwight D. Eisenhower's warning about the "military-industrial-congressional complex" has never been more frightening. These editorials suggest what is needed to be done to reverse the damage of the past 20 years.

"Mel Goodman's Whistleblower at the CIA offered a fascinating glimpse into the secret, behind-the-scenes world of U.S. intelligence. Goodman's first-person account of the systemic manipulation of intelligence at the CIA underscores why whistleblowing is so important, and why the instistutional obstacles to it are so intense. At its core, it's an invaluable historical expose, a testimony to integrity and conscience, and a call for the U.S. intelligence community to keep its top leaders in check. Urgent, timely, and deeply recoemmmended." -Daniel Ellsberg

"Mel Goodman's Whistleblower at the CIA confirmed for me what my own experience had revealed during the six hectic days and seven sleepless neights at CIA headquarters, getting Colin Powell ready for his presentation to the UN Security Council on Iraq's 'Failure to Disarm' on February 5, 2003. Goodman provided exhaustive detail on why the agency has failed, again and again, and will continue to fail if some future president and congress do not step in and dramatically change the way CIA functions" -Lawrence Wilkerson, former Chief of Staff to Secretary of State Colin Powell

Melvin A. Goodman served as a senior analyst and division chief at the CIA from 1966 to 1990. An expert on U.S. relations with Russia, his work has appeared in the New York Times, Washington Post, Harper's, and many others. He is the author of seven books on U.S. intelligence and international security. Goodman is a senior fellow at the Center for International Policy in Washington D.C. and adjunct professor of government at Johns Hopkins Univeristy. He is the national security columnist for "Counterpunch" and the Florida Vets for Common Sense.