Every Time We Say Goodbye by Reneé-Michèle Payne 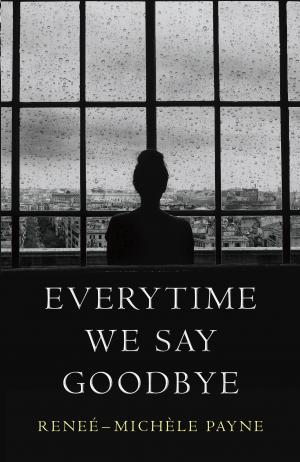 Suzanne and Jean, a handsome young couple, meet and fall in love in the vibrant artistic atmosphere of Nancy in 1928.

He is a talented young writer from an Alsatian Jewish family: she grew up in Morocco in a Sephardic family. They marry and move to Paris, which is for Suzanne a dream come true. But their marriage is far from trouble-free, and even before war comes to Europe, much of their time is spent apart. Jean needs distance from Paris and solitude to do his work: Suzanne is determined to pursue her own career in the sciences. With the onset of war, things become even more difficult for them. The story of their love affair, which is enduringly passionate, but ultimately tragic, is played out on an international stage from Paris to Tangier, Morocco, Spain, and various locations in France, as well as prison camps in Germany and escape routes through the Netherlands and Belgium.

Inspired by a true story, Every Time We Say Goodbye is a compelling story of sacrifice, love, and suffering, rich in period detail. It is also about the devastating and persistent intergenerational wounds of war—a story that reaches in this case as far as Washington D.C., and the trial of Klaus Barbie in Lyon in 1987. Ultimately it is a story of phenomenal courage, of fierce devotion to country and freedom, of the resiliency and endurance of love--and of determination to keep those stories alive against all odds.