To My Next Incarnation by Judy Feldman 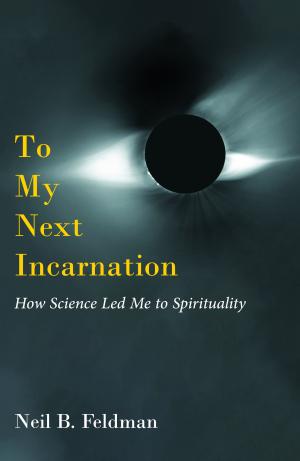 Are you Neil Feldman’s next incarnation? Do the wonders of science, or your own spiritual, meditative, psychedelic, or intellectual experiences make you think that there may be more to reality than what we routinely see, hear, taste and smell? But are you impatient with the credulous faith on which most mainstream religions are built? Do you want to explore alternative possibilities?

So did Neil. Having encountered the mind-blowing theories of Relativity and Quantum Mechanics in high school, while studying for his electrical engineering degree he grappled with what might lie under and behind their conclusions and predictions. This led him to Advaita Vedanta, the realizations of sages in ancient India, and to a life long passion for both scientific inquiry and the spiritual quest of Vedanta. Although he became a successful engineer and entrepreneur, Neil’s ultimate devotion was to showing that the discoveries of modern science and the realizations of Vedanta sages both point toward the same vision of reality. He was working on explaining his thinking through writings and lectures when his life was cut short by cancer. Neil died on July 30th, 2015, but not before his wife Judy and daughter Anna captured the hours of video from which they and he extracted this book.

Neil’s great fear was that when reincarnated – as he was sure he would be – he would have to start all over again and re-learn what he learned in the life that ended in 2015. He wrote this book in the hope that he would find it and learn from it, next time around. He also hoped, as do his editors, that it can inspire likeminded people who seek enlightenment in our modern world.