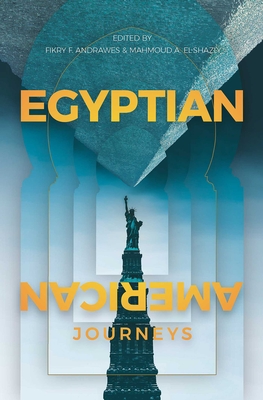 
In Stock—Click for Locations
Egyptians are relative newcomers to the United States. For thousands of years, ruling powers came and went, but the inhabitants of the Nile valley tended to stay in the land of their birth. They rarely emigrated from Egypt. Modern times have seen a notable reversal. Successive waves of emigration from Egypt started after the Second World War. Independence from colonial rule, the creation of the state of Israel, and the 1956 War against England, France, and Israel caused increased political instability in the region. Small numbers of Egyptians began to leave the country. But after the 1967 War with Israel, the trickle became a flood. Many Egyptians became disillusioned with the governmental system and decided to emigrate.

Why did they leave Egypt? How did they adjust to and integrate into their new lives in the US? How did they relate to their motherland? The answers to these questions can be found in this anthology. The autobiographical essays include personal reflections of thirty-two Egyptian–American women and men from diverse backgrounds, living in cities and towns across the United States. They include engineers, medical doctors, taxi drivers, business people, scientists, stay-at-home moms, Egyptologists, artists, teachers, and university professors, among others. There are Jews, Christians, Muslims, and atheists. Egyptians immigrated to the US for a variety of reasons: educational, political, religious, and economic. Some were pushed out of Egypt by adverse circumstances; others were pulled toward the United States seeking new opportunities. Often it was a combination of both.