Modern Conspiracy: The Importance of Being Paranoid (Hardcover) 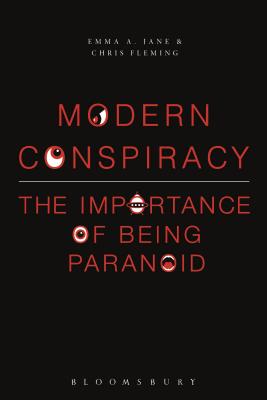 Modern Conspiracy: The Importance of Being Paranoid (Hardcover)

By Chris Fleming, Emma A. Jane

While conspiracy theory is often characterized in terms of the collapse of objectivity and Enlightenment reason, Modern Conspiracy traces the important role of conspiracy in the formation of the modern world: the scientific revolution, social contract theory, political sovereignty, religious paranoia and mass communication media.

Rather than seeing the imminent death of Enlightenment reason and a regression to a new Dark Age in conspiratorial thinking, Modern Conspiracy suggests that many characteristic features of conspiracies tap very deeply into the history of the Enlightenment: its vociferous critique of established authorities and a conception of political sovereignty fuelled by fear of counter-plots, for example. Perhaps, ultimately, conspiracy theory affords us a renewed opportunity to reflect on our very relationship to the truth itself.
Emma A. Jane is Senior Lecturer in the School of the Arts and Media at the University of New South Wales, Australia. Chris Fleming is Senior Lecturer in the School of Humanities and Communication Arts at the University of Western Sydney, Australia.