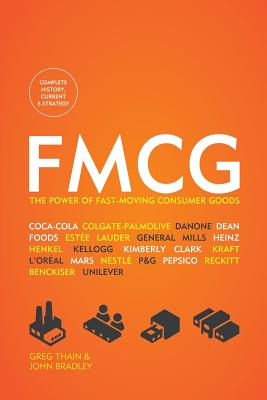 This book is a history of the some of the world's most famous brands, from humble beginnings to current exalted status, from smudged, kitchen-table pamphlets to $ multi-million ad campaigns, from backyard experiments to global research. It examines the most recent developments in these glittering trajectories and reveals the very DNA of the brands themselves. Is it mastery of absorbency, the virtuoso integration of acquisitions, developing incomparable consumer trust, the ability to think in decades? All is revealed. If you work in Retail, FMCG, Marketing or Consumer Goods, this is a must-read book.

Real Estate. Russian real estate involvement over the past 22 years. Introduced the first significant international bank loan of $500M to a Russian developer in 1995. Took the founder of Raven Russia to Moscow, helping raise the initial $300m/purchase initial industrial site/project for $74m. In 2007/8 organised a property investment fund of $180m.

Lecturing and Public Speaking. Frequent speaker throughout Europe and Asia on markets, retail, internet and other developments across these sectors. Keynote speaker at the first HP conference for 5 years in Asia (Macau, autumn 2013). Presented Key Trends in Internet and Retail Worldwide to the leading 450 retailers in Asia/Greater China.

Magazine Publishing. Developed a number of original products in the 1980s and 90s: What Mortgage magazine, the original mortgage advice magazine, What Investment, What Finance, What Video, and Popular Video at the forefront of the video revolution. In excess of 20 newspapers, magazines and journals including The British Investors Database, the original compilation of all investors in the UK. Launched the original Local Radio Awards, first awards to the UK local radio industry.