From the Susquehanna to the Tiber: A Memoir of Conversion from Mormonism to the Roman Catholic Church (Paperback) 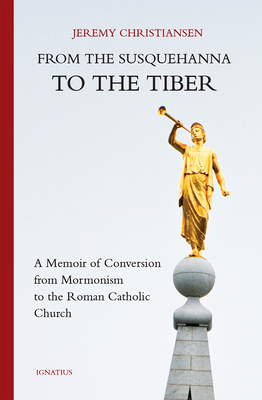 From the Susquehanna to the Tiber: A Memoir of Conversion from Mormonism to the Roman Catholic Church (Paperback)

Jeremy Christiansen offers an intimate account of life as a faithful--sometimes stumbling--member of the Church of Jesus Christ of Latter-day Saints. Growing up in a small Mormon town, he served as a Mormon missionary for two years in Argentina, raised a young family in the Mormon Church, and served in Mormon leadership positions. But as he grew older, he became unsettled about the principles of his faith, setting him on a long search for God and for truth that would ultimately lead to the Roman Catholic Church.

Based on detailed personal journals, this vivid book explores the highly unique approach to religious epistemology found in Mormonism. Although the faith theoretically encourages the use of reason, Mormons' beliefs, in practice, are rooted chiefly in emotion. Christiansen offers singular insight into life within this system--with all its beauties and its limits. Thanks to the subtle workings of Providence, Christiansen discovered Catholicism through the ancient writings of the Church Fathers, who revealed a robust Christian intellectual tradition, and through the mystical glory of her liturgy.

Jeremy Christiansen was born and raised in the small Mormon town of Blanding, Utah. He converted to Roman Catholicism in 2018. A graduate of Southern Utah University and the S.J. Quinney College of Law at the University of Utah, he lives in Alexandria, Virginia, with his wife and six children and practices law in Washington, D.C.