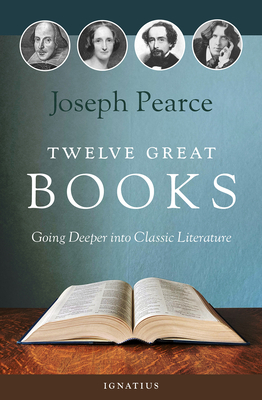 This book has the power to enrich and even to radically change those who read it, enabling them to tap into the wealth and health of Christian civilization.

Beginning with a general introduction to the Great Books of Civilization, you will discover the authentic meaning of the word "civilization" and will then be shown how the Great Books are a product and a reflection of civilized culture. The reader is then taken on a tour of twelve of the greatest books ever written, from St. Augustine's Confessions and the works of Shakespeare to some of the masterpieces of nineteenth and twentieth century literature.

During this tour, you will come to understand how the greatest stories ever told are a true reflection of the greatest truths ever taught. You will learn how these stories share in the storytelling power of God Himself, who shows us Himself in the story of Jesus Christ. You will then see how great literature shares in the storytelling power of Christ, as told in His parables. Those who read this work will be taken deeper into the presence of the Creator through the beauty of the fruits of His creative gifts.

Joseph Pearce is the author of numerous literary studies, including Literary Converts, The Quest for Shakespeare, and Shakespeare on Love, as well as biographies on Oscar Wilde, J. R. R. Tolkien, C. S. Lewis, G. K. Chesterton, and Aleksandr Solzhenitsyn. He is the general editor of the Ignatius Critical Editions series.