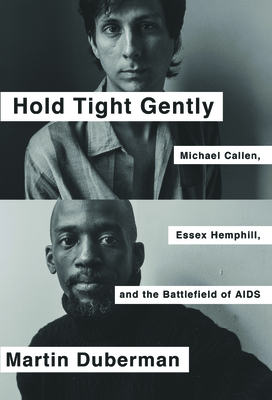 
Special Order—Subject to Availability
In December 1995, the U.S. Food and Drug Administration approved the release of protease inhibitors, the first effective treatment for AIDS. For countless people, the drug offered a reprieve from what had been a death sentence; for others, it was too late. In the United States alone, more than 318,000 people had already died from AIDS-related complications--among them the singer Michael Callen and the poet Essex Hemphill. "Relevant and heartbreaking" (Bay Area Reporter), "incisive, passionate, and poetic" (New York Journal of Books), and "powerful" (Kirkus Reviews), Hold Tight Gently is Martin Duberman's poignant memorial to two of the great unsung heroes of the early years of the epidemic. Callen, the author of How to Have Sex in an Epidemic, was a leading figure in the fight against AIDS in the face of willful denial under the Reagan administration. Hemphill, a passionate activist and the author of the celebrated Ceremonies, was a critically acclaimed openly gay African American poet of searing intensity and introspection. A profound exploration of the intersection of race, sexuality, class, and identity, Hold Tight Gently captures both a generation struggling to cope with the deadly disease and the extraordinary refusal of two men to give in to despair.

Martin Duberman is Distinguished Professor Emeritus of History at the CUNY Graduate Center, where he founded and for a decade directed the Center for Lesbian and Gay Studies. The author of more than twenty books--including Andrea Dworkin, Radical Acts, Waiting to Land, A Saving Remnant, Howard Zinn, The Martin Duberman Reader, and Paul Robeson: No One Can Silence Me (for young adults)--Duberman has won a Bancroft Prize and been a finalist for both the National Book Award and the Pulitzer Prize. He lives in New York City.