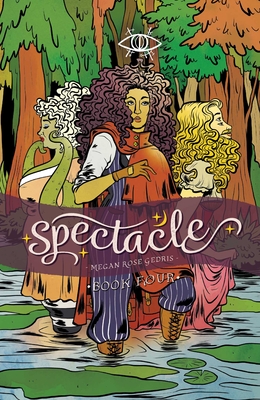 This is book number 4 in the Spectacle series.

"It’s Geek Love for a new generation, with lush and expressive art to boot." — AV Club

Anna's supernatural powers are increasing, but so is her worry that they come from a terrifying source. Everyone in the circus has developed mutations, and they're dropping like flies. Anna thinks she's found a cure, but a smooth talking faith healer insists he can save everyone... for a fee. Can she fix things before anyone else dies?

The fourth and penultimate volume in the Spectacle series.
Ro Salarian gave up their dream job of being a cheesemonger for their other dream job of making comics. They live in a probably haunted house in Chicago with their cat, Scrambles the Death Dealer.