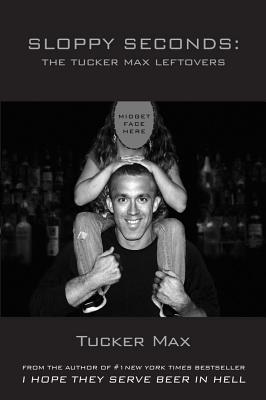 
Special Order—Subject to Availability
New York Times bestselling author Tucker Max has gone back through his massive archive of material one last time and culled out what you might call the "best of the rest" in his final set of 100% true, 100% exclusive stories.

Tucker Max's books--I Hope They Serve Beer In Hell, Assholes Finish First, and Hilarity Ensues--are a uniquely engaging trilogy composed of his best, craziest stories. They've sold millions of copies to fans all over the world. Their success has meant his success. As a thank you to those who have loved the stories and supported him for so long, Tucker has gone back through his massive archive of material one last time, culled out what you might call the "best of the rest," and arranged it here, in Sloppy Seconds, like a book version of Deleted Scenes. Unlike most deleted scenes, however, these don't suck. So enjoy.
Tucker Max received his BA with highest honors from the University of Chicago in 1998, and attended Duke Law School on an academic scholarship, where he graduated with a JD in 2001. His first book, I Hope They Serve Beer In Hell, is a #1 New York Times bestseller, has spent over 150 weeks on the New York Times bestseller list over five calendar years, and has sold over 1 million copies. He has also been credited with being the originator and leader of the literary genre, "fratire," and was nominated to Time magazine's 100 Most Influential List in 2009. He currently lives in Austin, Texas, and can be reached through his website, TuckerMax.com.