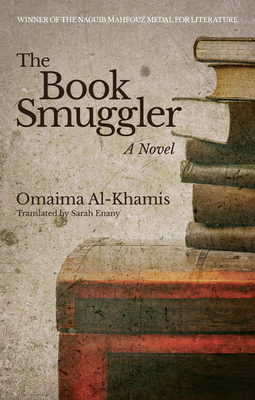 A magical story of a Crusade-era bookseller who embarks on a journey through the Islamic world's great medieval cities, winner of the Naguib Mahfouz Medal for Literature

In the epic fashion of the great Arab explorers and travel writers of the Middle Ages, scribe and bookworm Mazid al-Hanafi narrates this journey from his remote village in the Arabian Desert. Dreaming of grand libraries, his passion for the written word draws him into a secret society of book smugglers and into the famed cultural capitals of the period--Baghdad, Jerusalem, Cairo, Granada, and Cordoba.

He discovers a dangerous new world of ideas and experiences the cultural diversity of the Islamic Golden Age, its sects, philosophical schools, wars, and ways of life.

Omaima Al-Khamis's magical storytelling and her vivid descriptions of time and place trace a route through ancient cities and cultures and immerse us in a distant era, uncovering the intellectual debates and struggles which continue to rage today.