Scoop: The Evolution of a Southern Reporter (Hardcover) 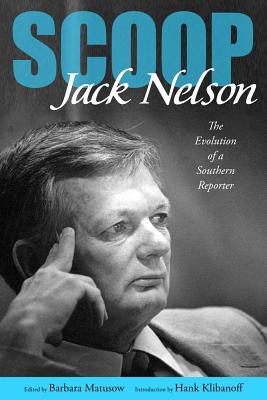 Scoop: The Evolution of a Southern Reporter (Hardcover)

From a gullible cub reporter with the Daily Herald in Biloxi and Gulfport, to the pugnacious Pulitzer Prize winner at the Atlanta Constitution, to the peerless beat reporter for the Los Angeles Times covering civil rights in the South, Jack Nelson (1929-2009) was dedicated to exposing injustice and corruption wherever he found it. Whether it was the gruesome conditions at a twelve-thousand-bed mental hospital in Georgia or the cruelties of Jim Crow inequity, Nelson proved himself to be one of those rare reporters whose work affected and improved thousands of lives.

His memories about difficult circumstances, contentious people, and calamitous events provide a unique window into some of the most momentous periods in southern and U.S. history. Wherever he landed, Nelson found the corruption others missed or disregarded. He found it in lawless Biloxi; he found it in buttoned-up corporate Atlanta; he found it in the college town of Athens, Georgia. Nelson turned his investigations of illegal gambling, liquor sales, prostitution, shakedowns, and corrupt cops into such a trademark that honest mayors and military commanders called on him to expose miscreants in their midst.Once he realized that segregation was another form of corruption, he became a premier reporter of the civil rights movement and its cast of characters, including Martin Luther King Jr., Stokely Carmichael, Alabama's Sheriff Jim Clarke, George Wallace, and others. He was, through his steely commitment to journalism, a chronicler of great events, a witness to news, a shaper and reshaper of viewpoints, and indeed one of the most important journalists of the twentieth century.