The Origins of Comics: From William Hogarth to Winsor McCay (Hardcover) 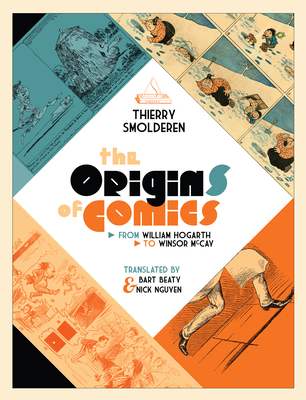 The Origins of Comics: From William Hogarth to Winsor McCay (Hardcover)

In The Origins of Comics: From William Hogarth to Winsor McCay, Thierry Smolderen presents a cultural landscape whose narrative differs in many ways from those presented by other historians of the comic strip. Rather than beginning his inquiry with the popularly accepted sequential art definition of the comic strip, Smolderen instead wishes to engage with the historical dimensions that inform that definition. His goal is to understand the processes that led to the twentieth-century comic strip, the highly recognizable species of picture stories that he sees crystallizing around 1900 in the United States.

Featuring close readings of the picture stories, caricatures, and humoristic illustrations of William Hogarth, Rodolphe T pffer, Gustave Dor , and their many contemporaries, Smolderen establishes how these artists were immersed in a very old visual culture in which images--satirical images in particular--were deciphered in a way that was often described as hieroglyphical. Across eight chapters, he acutely points out how the effect of the printing press and the mass advent of audiovisual technologies (photography, audio recording, and cinema) at the end of the nineteenth century led to a new twentieth-century visual culture. In tracing this evolution, Smolderen distinguishes himself from other comics historians by following a methodology that explains the present state of the form of comics on the basis of its history, rather than presenting the history of the form on the basis of its present state. This study remaps the history of this influential art form.