The Good Negress: A Novel (Paperback) 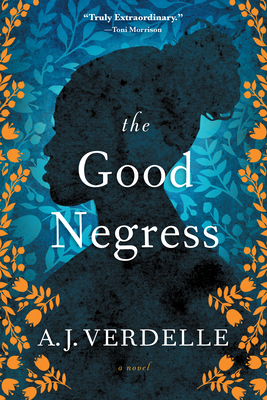 The Good Negress: A Novel (Paperback)


Not On Our Shelves—Ships in 1-5 Days
“Haunting . . . To read The Good Negress is to fall under a spell, to open a window, to fly.” —Los Angeles Times Book Review

Twenty years after its initial publication, The Good Negress continues to be an important part of the literary canon, as relevant and necessary as ever. Set in 1960s Detroit, the novel centers around Denise Palms, who leaves her grandmother’s home in rural Virginia to reunite with her mother, stepfather, and older brothers. As a black teenage girl, Denise is given scarce opportunity beyond cooking, cleaning, and raising her mother’s baby. But an idealistic, demanding teacher opens Denise’s eyes to a future she has never considered, and soon she begins to question the limits of the life prescribed to her.

With lyrical, evocative prose, A. J. Verdelle captures Denise’s journey from adolescence to womanhood as she navigates the tension between loyalty and independence, and between circumstance and desire. The Good Negress is an unforgettable debut—simultaneously the portrait of a family and a glimpse into an era of twentieth-century America.

Winner of the Harold D. Vursell Memorial Award from the American Academy of Arts and Letters
Finalist for the PEN/Faulkner Award for Fiction
A.J. Verdelle was born and raised in Washington, D.C., graduated from the University of Chicago with a degree in political science, and went on for two postgraduate degrees in statistics and writing. She is founder and owner of Applied Statistics and Research, a consulting company in New York.