Presstitutes Embedded in the Pay of the CIA: A Confession from the Profession (Paperback) 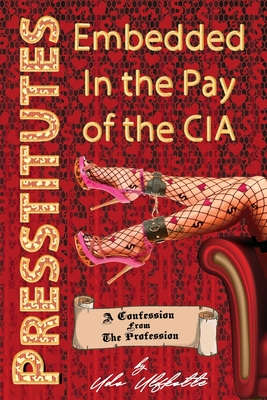 Presstitutes Embedded in the Pay of the CIA: A Confession from the Profession (Paperback)

The eagerly awaited English edition of "Bought Journalists" was suppressed for three years under the title "Journalists for Hire" -- and still got 24 five-star-only Amazon reviews from would-be readers. 18 months on the bestseller list in Germany. Now it's finally here

Ever get the feeling the media tries to manipulate or lie to you? You have plenty of company And you are right -- the facts are in. A world-class media insider has blown the whistle on what really goes on inside the media industry.

Author Udo Ulfkotte was a respected journalist for 17 years with Germany's newspaper of record, the Frankfurter Allgemeine Zeitung. He begins this explosive expos by first owning up to his own career, where he had to sell out to have the job. He then reveals the deceptive tricks and secret networks of power within the media. How perks are used to bribe journalists and opinion makers to twist their reporting. How the tone of corruption is set from the top -- play along or quit. How the long arm of the NATO press office enrolls the media to get Europe to support more foreign wars.

The elite owners of the media feel it's their right to think for us, and to mold public opinion to their agendas. Their Freedom of the Press is Freedom to Censor the news.

Our nation depends on the media to understand our world, just as each one of us depends on our eyes and ears. The media are our senses. When they hide the truth, or lie to us, they put us all in danger.

A million people died in Iraq, Libya and Syria because the press didn't just report the news, didn't just lie about the news, but they invented and sold the events that served as pretexts for wars. The author spent years in the Middle East, surviving an attack with chemical weapons supplied by US and German firms.

This book is a veteran's guide to the media spider's web. It shows how the system works, sharpens your common sense skepticism, and increases your immunity to the controlled media's attempts to do our thinking for us.